Police watchdog releases report on the death of Eishia Hudson, killed in April 2020

The father of an Indigenous teen killed by a Winnipeg police officer last April is criticizing a police watchdog report, which says no charges are recommended against the officer involved in the fatal shooting.

The Independent Investigation Unit (IIU) of Manitoba released a report Thursday on its probe into the April 8, 2020, death of 16-year-old Eishia Hudson. The girl was shot and killed following a pursuit, in which police say she drove a vehicle involved in a liquor store robbery in Winnipeg’s Sage Creek neighborhood earlier that day.

“She had a great smile … Anybody out there who knew her, you know she definitely wanted to light up the room,” said William Hudson, Eishia’s father, at a Thursday afternoon news conference following the release of the report.

“She wanted to be the loudest one in the room,” he said, describing his daughter as a girl who loved playing hockey and basketball.

At the news conference, he and Manitoba Indigenous leaders criticized the report’s findings.

Hudson dismissed the report as “biased,” saying he did not trust the IIU to be impartial and called on Premier Brian Pallister to launch a public inquiry into his daughter’s death and other fatal police encounters involving Indigenous people.

“This incident is a tragedy, magnified by the loss of a young life,” IIU civilian director Zane Tessler said during a separate news conference announcing the findings of the report.

During its investigation, the IIU talked with 14 civilian witnesses — including three of the four passengers in the vehicle driven by Hudson, in addition to reviewing forensic evidence, and audio recordings of a 911 call and Winnipeg police radio transmissions.

The IIU also talked with several police officers. The officer directly involved in the shooting declined to be interviewed, but provided notes and a prepared statement, the IIU said.

The report includes an account from a witness who recorded a cellphone video of part of the incident at the intersection of Lagimodiere Boulevard and Fermor Avenue. 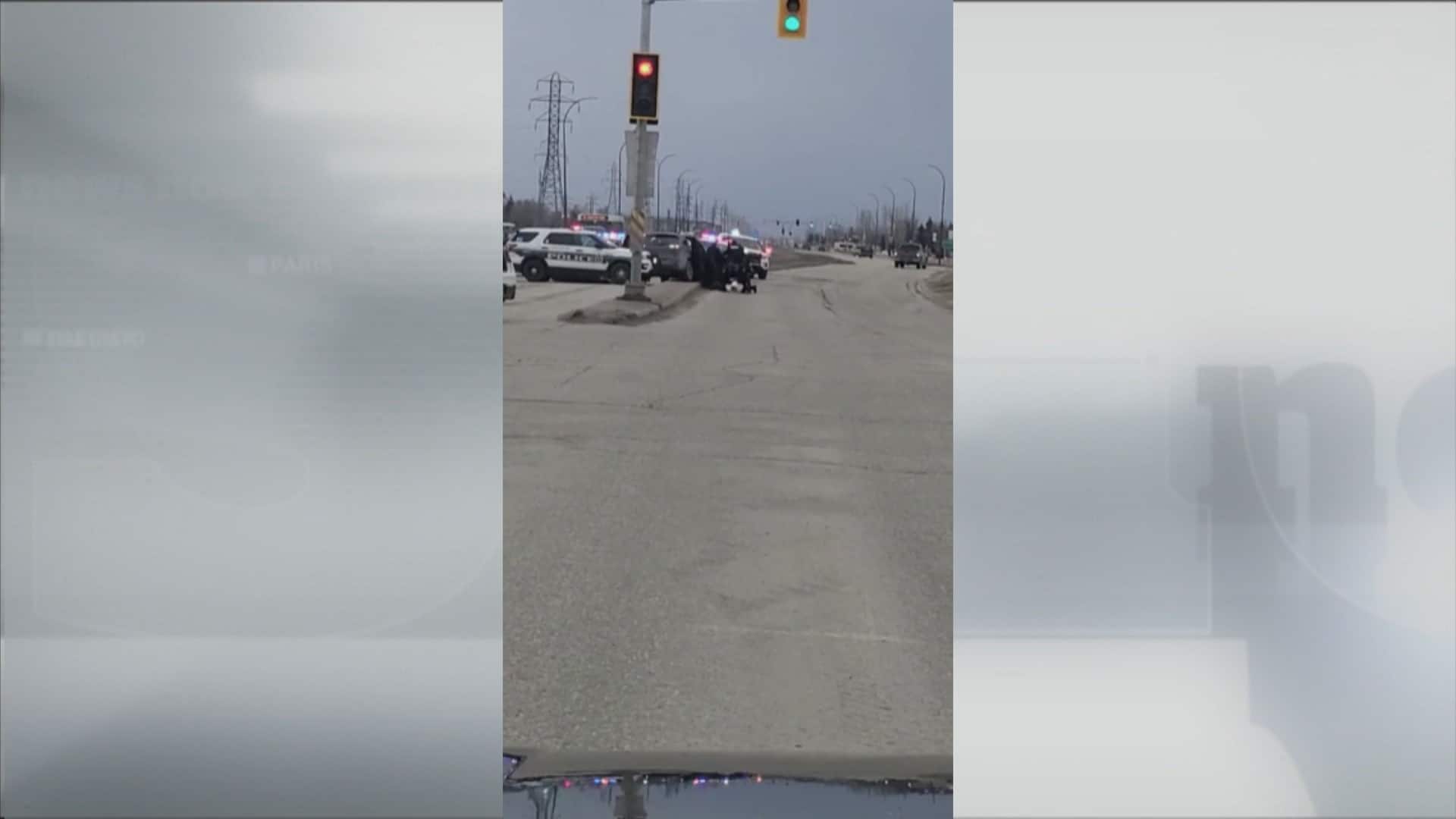 Gunshots heard in a video taken by a passerby

Gunshots are heard on Lagimodiere Boulevard at a police shooting that killed a 16-year-old girl. 1:48

He described seeing a vehicle, which was being pursued by police, hit another vehicle. Then, as the first vehicle — which was surrounded by police officers — tried to reverse, he heard the sound of gunshots, according to the IIU report.

One bullet hit Hudson, killing her.

“I watched the video over and over, I don’t know how many times,” William Hudson said Thursday.

He said the officer’s written account didn’t match up with what was shown on the video.

“On that day, Eishia got caught up with a bunch of kids in a stolen vehicle, and things escalated,” said Smyth. “A lot of people were put in harm’s way, including the kids in the stolen vehicle, innocent bystanders that worked in the liquor store or happened to be in traffic, and the police officers who were trying to intervene.

“The circumstances led to a split-second decision to use lethal force to stop the scenario from escalating further. All of us would have liked the outcome to be different.” 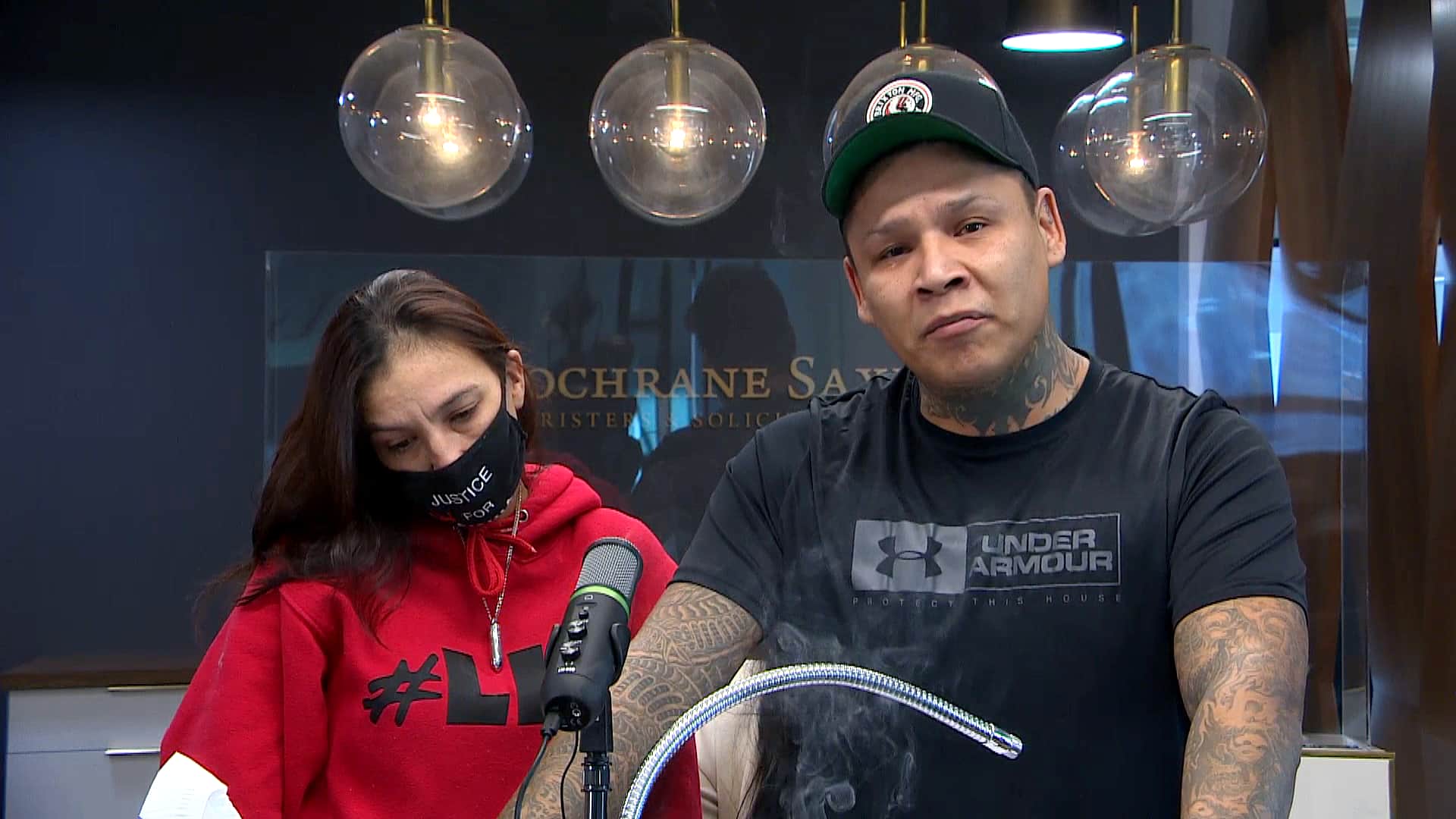 William Hudson, Eishia’s father, dismissed the report as “biased,” saying he did not trust the IIU to be impartial and called for a public inquiry into his daughter’s death and other fatal police encounters involving Indigenous people. 1:16

Because Hudson died as a result of the use of force by a police officer acting in the course of duty, Manitoba’s chief medical examiner will call for an inquest into the death. The inquest will look at the circumstances leading up to Hudson’s death and will make recommendations to prevent a similar situation in the future.

The WPS will fully cooperate and participate in the inquest once it’s called, said Smyth.

The shooting — the first of three fatal encounters involving Indigenous people and Winnipeg police within a span of less than two weeks last spring — sparked rallies, vigils, and calls for justice.

The IIU — which is mandated to investigate all serious incidents involving Manitoba police — launched its investigation in April.

Tessler said he was satisfied that “no stone was left unturned,” and he hoped that releasing the full report will mean the public can have confidence in the investigation.

“In the end, I think what’s critical is that all factors have been presented to the public for their consideration,” he said.

“I can understand that there is upset by many, but the facts are what drives any investigation.”

The report says the IIU, which has the power to lay charges, referred the case to the Manitoba Prosecution Service for a Crown opinion.

Crown prosecutors said they did not recommend any criminal charges against the officer. An excerpt from the 45-page report prepared by the prosecution service was included in the IIU report.

that governs the use of force by police officers,” the prosecution service wrote, according to the IIU.

Tessler said he invited members of Hudson’s family to meet with him before the report was released, but they declined.

Indigenous leaders, including Grand Chief Jerry Daniels of the Southern Chiefs’ Organization, met with Tessler to discuss the report, he said.

WATCH | Father asks ‘if the person was white would that have happened?’: 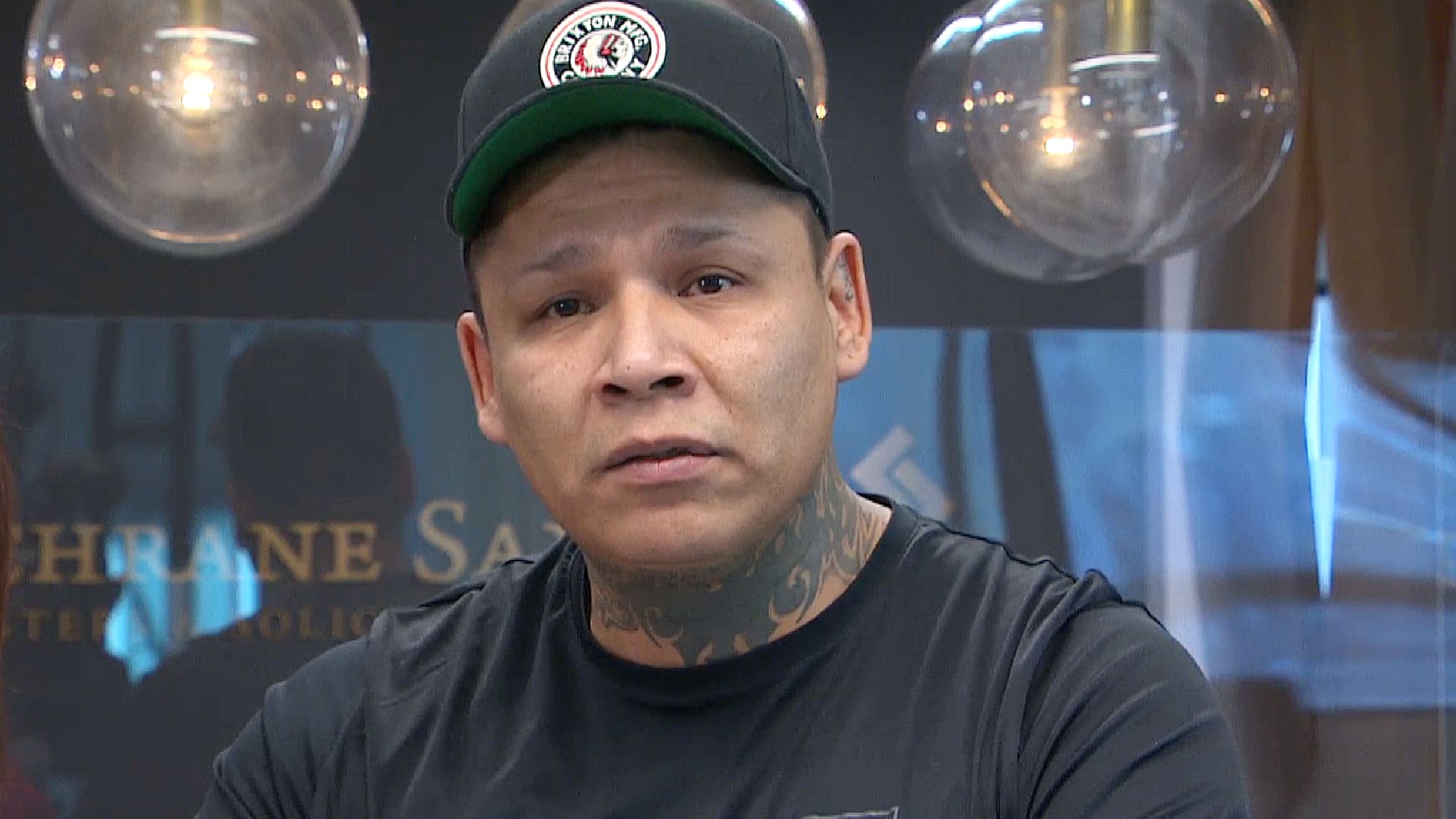 Eishia Hudson’s father asks “if the person was white would that have happened?”

William Hudson questions the actions of the police officer who fired on the teen and says he believes systemic racism within the police service played a role in his daughters death. 1:18

Daniels joined Hudson’s parents at the news conference, along with leaders of the Assembly of Manitoba Chiefs, the Southern Chiefs Organization, and Manitoba Keewatinowi Okimakanak, Member of Parliament for Winnipeg Centre Leah Gazan, and MLA for St. Johns Nahanni Fontaine.

Each of them echoed the family’s call for an inquiry, which would be broader in scope than the inquest required under the Fatal Inquiries Act and could examine issues of systemic racism.

“We ought not to live in a province whereby the police become the judge, jury, and executioner of Indigenous bodies, and in this case an Indigenous child. We ought to as a province demand more from our policing institutions,” said Fontaine.