A COVID-19 variant spreading in Ontario is a “significant threat” to controlling the pandemic, but maintaining existing public health interventions will likely help encourage a downward trend in cases, even with a return to school factored in.

By March, the B117 variant, first identified in the U.K., could be the dominant strain in the province, according to the data.

The modeling also indicates that cases and positivity are down in much of the province and that testing volumes are slightly down too.

“Sustained high testing volumes will be important to control of the pandemic,” the report says.

At the moment, COVID-19 cases are expected to drop between 1,000-2,000 by the end of February, but that could change as the new variant takes hold, Dr. Adalsteinn Brown, co-chairman of the advisory table, said at a news conference.

A more grim finding: While cases are declining across long-term care homes, deaths continue to rise, with 215 in the last seven days.

ICU capacity also continues to be strained in most regions with only one or two beds free at about half of all hospitals in the province.

“We are still likely to surpass total deaths from the first wave,” the report says.

You can see the modeling for yourself at the bottom of this story.

Brown also noted the transmissibility of the B117 variant is at least 30 percent higher than the more common strain, if not higher. He also said there are concerns the variant could be more lethal, citing evidence out of the U.K.

New variants will likely emerge that could out-compete B117, but public health measures needed to help address that variant are likely to be the same as those in place right now, Brown said.

It’s “quite possible,” a variant could emerge that our vaccines don’t protect against, Brown said, making public health measures and testing critical to preventing the virus from spreading out of control.

As for when schools in the Toronto area might go back to in-person learning, Brown declined to provide a specific date. Instead he said cases should be low enough to indicate the virus is coming under control before they reopen.

WATCH | ‘Quite possible’ current vaccines won’t work against some variants: 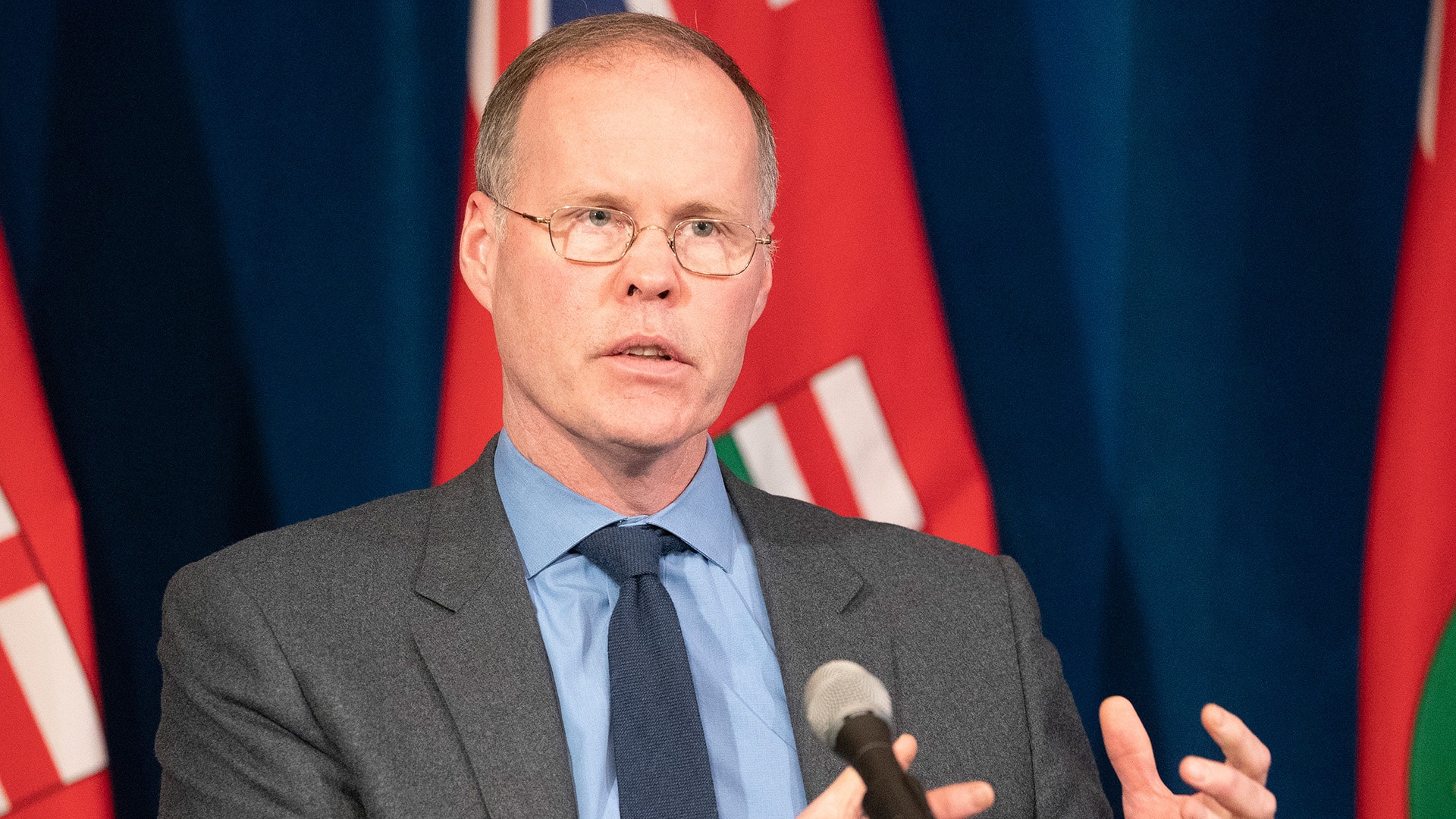 It’s ‘quite possible’ that current vaccines won’t work against some COVID-19 variants that might emerge, modelling shows

Speaking to reporters on Thursday, Dr. Adalsteinn Brown, co-chair of the Ontario COVID-19 Science Advisory Table, said it’s “quite possible” that current vaccines won’t work against some COVID-19 variants that might emerge. 1:33

Meanwhile, the Ministry of Health said Thursday that Ontario has been over-reporting the number of people who have been fully vaccinated against COVID-19.

The error means that the number of Ontarians who have received both doses of either the Pfizer-BioNTech or Moderna vaccines is only half of what the province has been logging.

Data on the total number of doses administered was not affected, the spokesperson said.

The province reported yesterday that 96,549 people had received both doses of either vaccine so far. In reality, only 48,239 had. That is up to 55,286 this morning.

The vaccine data page has since been updated to accurately reflect the current figures, the spokesperson said.

At a news conference Wednesday afternoon, Ontario’s Chief Medical Officer of Health Dr. David Williams addressed the question of adverse effects of the vaccine, saying there have been 83 reports of roughly 280,000 vaccines administered, most of which were allergic skin reactions.

All but one were considered non-serious, and that one was given medication. None were hospitalized.

The news comes as Ontario reported another 2,093 cases of COVID-19 and 56 more deaths of people with the illness.

It’s the first time since Sunday that the province recorded more than 2,000 additional infections. The seven-day average of daily cases, however, continued to steadily decline down to 2,128.

Other public health units that saw double-digit increases were:

(Note: All of the figures used in this story are found on the Ministry of Health’s COVID-19 dashboard or in its Daily Epidemiologic Summary. The number of cases for any region may differ from what is reported by the local public health unit because local units report figures at different times.)

There are currently 21,478 confirmed, active infections provincewide, down from a peak of 30,632 on Jan. 11. That figure has been trending downward as resolved cases consistently outpace new ones.

Ontario’s labs processed 64,664 test samples for the virus and reported a test positivity rate of 3.3 percent — the lowest in five days.

According to the Ministry of Health, there were 1,338 people with COVID-19 in hospitals, down 44 from the day before. The number of people that were being treated in intensive care fell by 19 to 358, while the number that required ventilator decreased by 15, down to 276.

It has been two weeks since the provincial government implemented a stay-at-home order in a bid to halt the surging transmission of the virus.

The province’s chief medical officer of health said earlier this week that it looks as though a provincewide “lockdown,” which began on Dec. 26, 2020, has contributed to a recent reduction in daily cases.

The last modeling update, outlined earlier this month, suggested that patients with COVID-19 in need of critical care could overwhelm Ontario’s health-care system if community transmission of the virus continued on pace.

Meanwhile, the Ministry of Education said today that students in four more public health units have a green light to return to schools for in-person classes next week.

That’s about 280,000 students in the following health units:

Read the full list of school boards affected by the announcement.

In a release, Education Minister Stephen Lecce wrote that the government agrees with the “growing consensus in the medical community” that returning to school is “essential to the wellbeing, development and mental health of children.”

The government has introduced some new safety measures in schools this winter — including masking for grades 1 to 3 — though debate continues about whether the measures are adequate.

The next wave of students, from Toronto, Peel, York Region, Windsor-Essex and Hamilton, are currently scheduled to return on Feb. 10.