In many ways, Yamen Bai is just like any other 11-year-old kid in Canada.

“I like to play hockey,” Yamen said in a phone interview, adding that his favorite part of the sport is scoring goals and winning games.

Unlike many kids in Canada, where hockey is a sport embedded in the country’s national identity, Yamen didn’t put on his first pair of skates until last year. He was born in Syria, and his family sought asylum in Iraq in 2016 to escape Syria’s civil war. A few years later, Yamen, his siblings, and his mother landed in the Canadian province of Newfoundland.

“I didn’t expect he’d come here and pick up hockey,” Yamen’s mom, Fatima Aldiab, told The World through a translator. But it didn’t take long for her son to start asking to join a nearby team. In January 2020, when local coach Michael Doyle heard the young Syrian boy wanted to learn how to skate and needed gear, he grabbed a pair of kid-sized skates and took Yamen to a nearby rink. 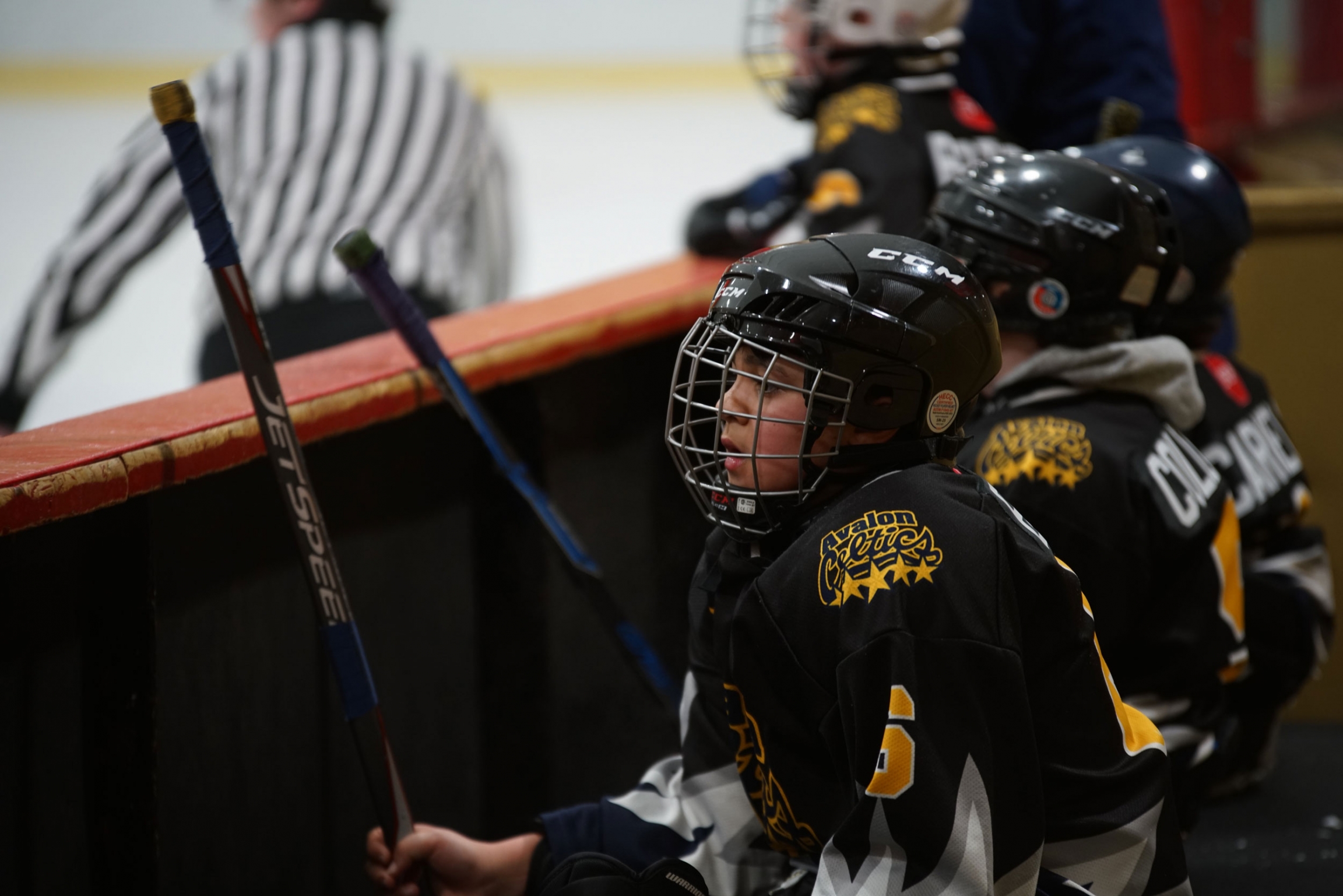 Saska Benedicic Tomat, who works to help refugees integrate into communities through sports, says playing on a team helps refugees feel part of their new societies.

Soon enough, he learned how to handle a stick and skate well. From then on, Yamen was hooked on hockey.

Doyle told CBC News that he took to Twitter to see if anyone had extra skates or pads to donate to the boy. Within 20 minutes, gear started showing up at his door.

“People were just amazing,” Doyle said. “Like, the community just came together and it was nothing like I’ve ever experienced or ever expected to have happened.”

With gear in hand, Yamen didn’t waste any time. He joined a local team and started practicing. Soon, he could keep up with the other players. 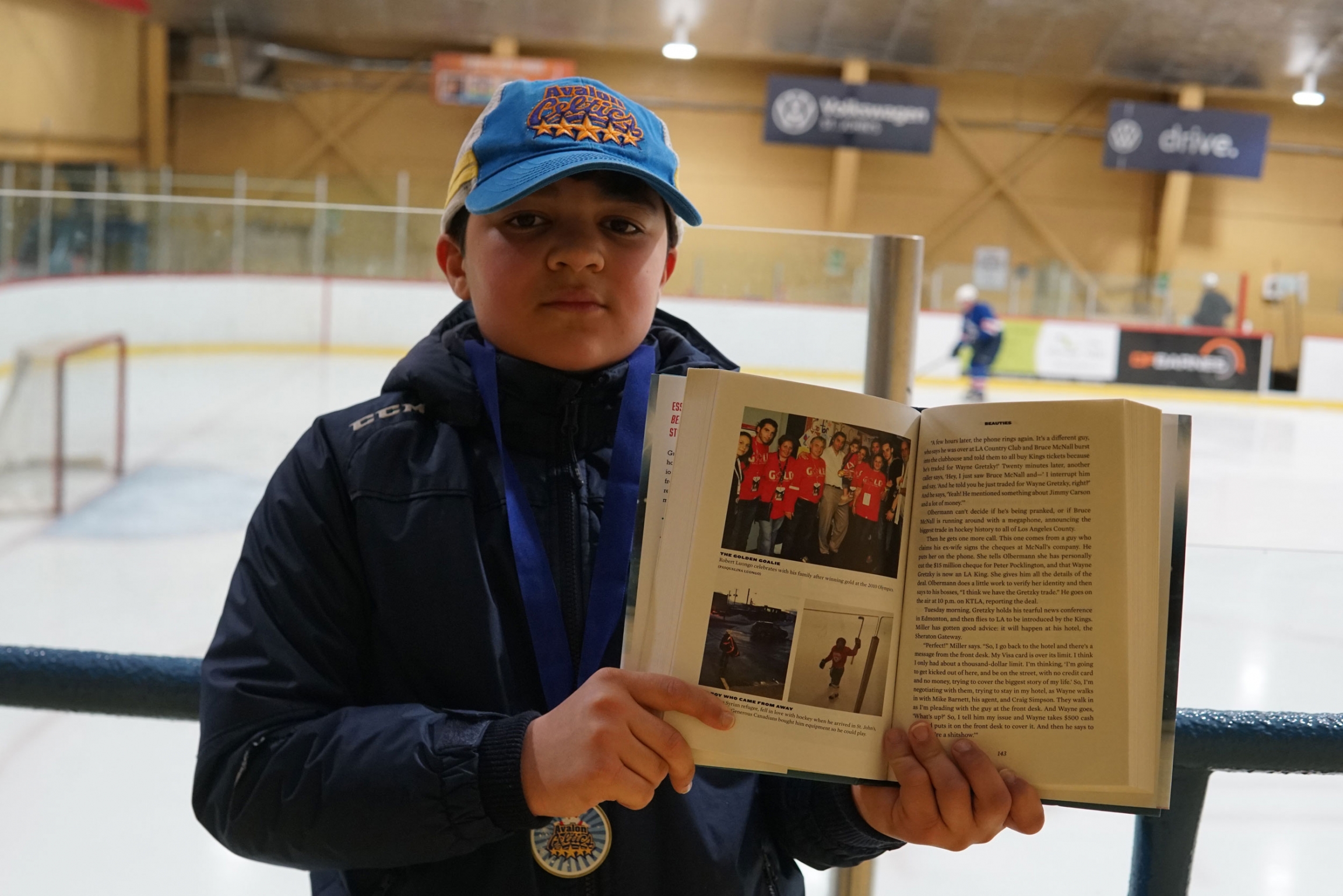 TSN broadcaster James Duthie dedicated a chapter of his latest book to Yamen Bai and his story of joining hockey in Canada.

Yamen’s mom says she’s thankful for the help from her new Canadian neighbors.

“I was happy for him and I wanted him to continue playing,” Aldiab said. “Yamen really loves hockey. He wakes up at 6 a.m. before his 7 a.m. practice.”

In addition to finding a sport he loves, Yamen has also made a bunch of friends on the ice. That includes two other Syrian refugee children, Areej and Anas, for whom Doyle also helped procure gear.

This story of refugees finding empowerment and community through sports isn’t unique to Canadian hockey. Saska Benedicic Tomat, who works for the International Sports and Culture Association (ISCA), helps refugees integrate into communities through sports. Playing on a team, she says, can offer a short break from the other stressors refugees face.

“They feel that they can do something good for their body, and for their health,” she said. “Because, at the same time, they are struggling with just the basic things they need to do in their life.”

Joining a team also leads to the more intangible goal of refugees becoming part of their new society.

“They could go, I don’t know, alone to the field or the forest and run. But it’s the belonging [that] is important. So they belong to a team, and they can work together, they can play football with someone,” Benedicic Tomat said. “And there, they can also interact with the locals. And this is how they get to know each other.” 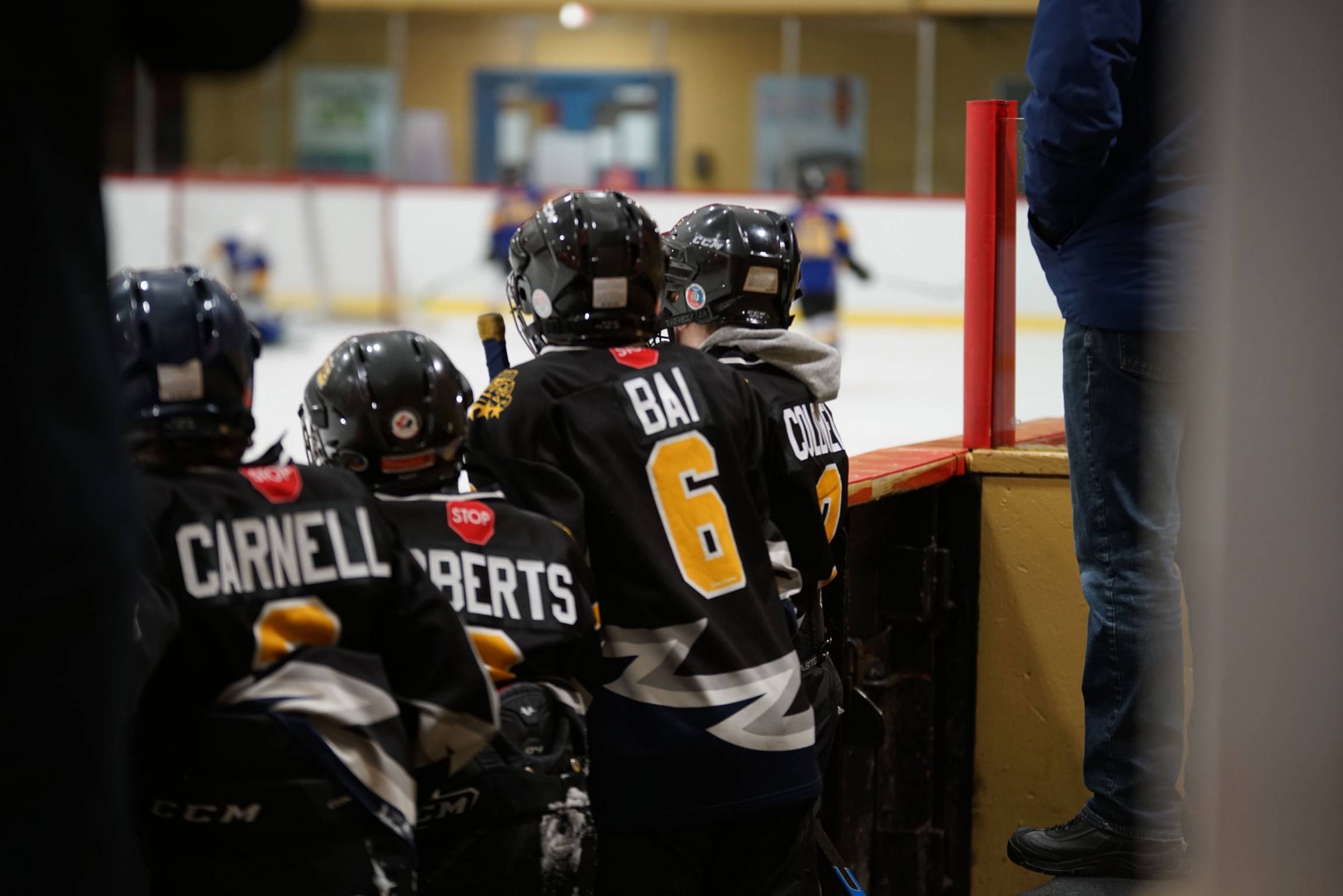 Yamen says the best part of hockey is his team.

“Playing with refugees just opens our eyes, our lives, and hearts, as well,” she added. “We can’t keep looking at refugees as a burden, as a cost. It’s so important to look at the group as a competent group — as a group that can really bring something to us, to the table, to the club, to the local community.”

To help with that, ISCA offers free online courses to teach athletes and coaches how to welcome refugees to the field. With the right support, Benedict Tomat says, it’s not uncommon for refugees to become managers or coaches of teams.

Yamen says he just wants to keep playing hockey. After scoring his first goal during the holiday championship tournament this year, his team ended up winning the game. Yamen left the ice with a gold medal around his neck, just one year after lacing up for the first time.