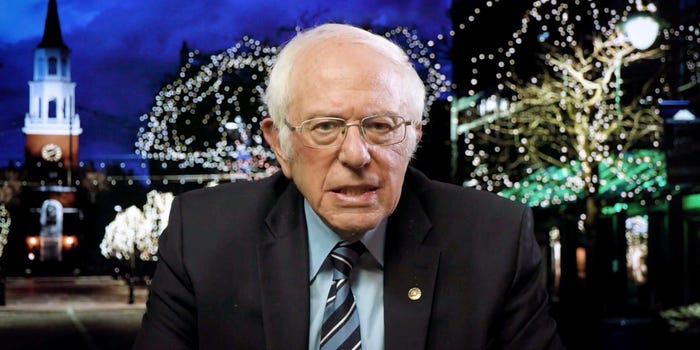 If Senate Republicans want their defense funding, they first need to vote on $2,000 stimulus checks for all Americans, US Sen. Bernie Sanders said Monday.

Sanders, an independent from Vermont, made the comments after Democrats in the House — joined by 44 Republicans — voted to more than triple the $600 checks included in the coronavirus relief package signed by President Donald Trump over the weekend.

“The House has passed a $2,000 direct payment for working people. It is time for the Senate to act,” Sanders said in a statement.

The House on Monday also voted to override President Trump’s veto of $740 billion in defense spending. If Senate Majority Leader Mitch McConnell wishes to do the same, Sanders said, he needs to schedule a vote on stimulus checks.

“If Sen. McConnell doesn’t agree to an up or down vote to providing the working people of our country a $2,000 direct payment, Congress will not be going home for New Year’s Eve,” Sanders threatened. “Let’s do our job.”

Speaking to Politico, a source described as “close to Sanders” said the Senate races in Georgia impacted his decision.

By filibustering the defense bill, Sanders can keep Republican Sens. David Perdue and Kelly Loeffler off the campaign trail ahead of their January 5 runoff election, at least through the weekend — and provide their Democratic challengers, Jon Ossoff and Raphael Warnock, more opportunities to hammer home their support for a larger stimulus.