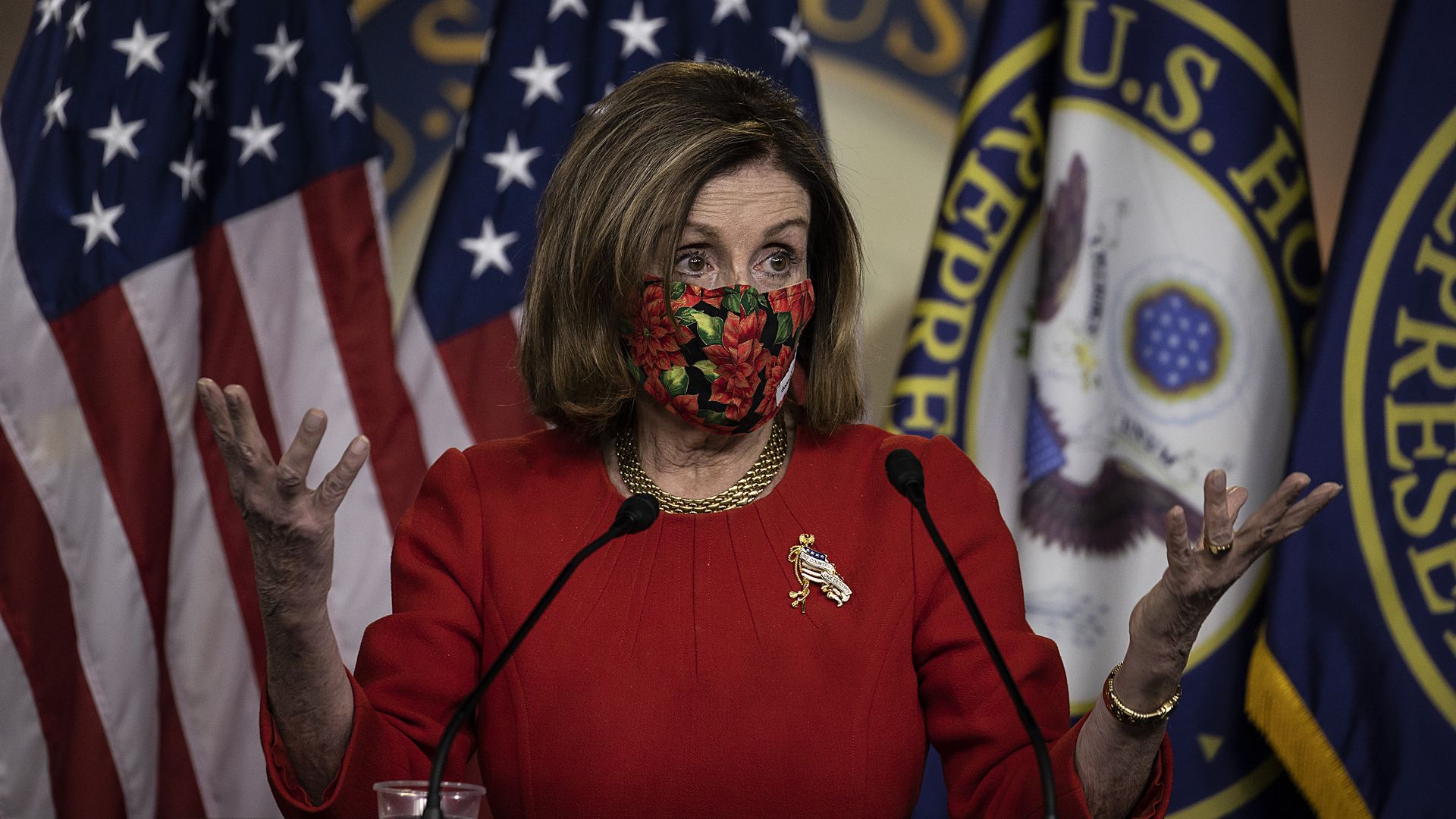 House Democrats responded to President Trump’s call to increase stimulus payments to $2,000 per adult by saying they’re ready to bring the measure to the floor by “unanimous consent” this week.

Driving the news: Trump indicated in a video Tuesday evening that he won’t sign the $900 billion coronavirus relief bill and $1.4 trillion government funding measure passed by Congress if it’s not amended to increase stimulus payments.

What they’re saying: House Speaker Nancy Pelosi (D-Calif.), tweeted, “Republicans repeatedly refused to say what amount the President wanted for direct checks. At last, the President has agreed to $2,000 — Democrats are ready to bring this to the Floor this week by unanimous consent. Let’s do it!.”

House Majority Leader Steny Hoyer (D-Md.) said in a Twitter post, “House Democrats have fought for months to provide relief to the American people, which Republicans rejected at every turn. Now that the President has agreed to direct payments of $2000, we will ask for unanimous consent to pass a bill this week to give Americans this assistance.”

The big picture: Trump’s surprise announcement on Tuesday could delay desperately needed aid for millions of Americans if the president decides not to sign the package as it stands. It also risks a government shutdown on Dec. 28.